Can you decipher this: ? 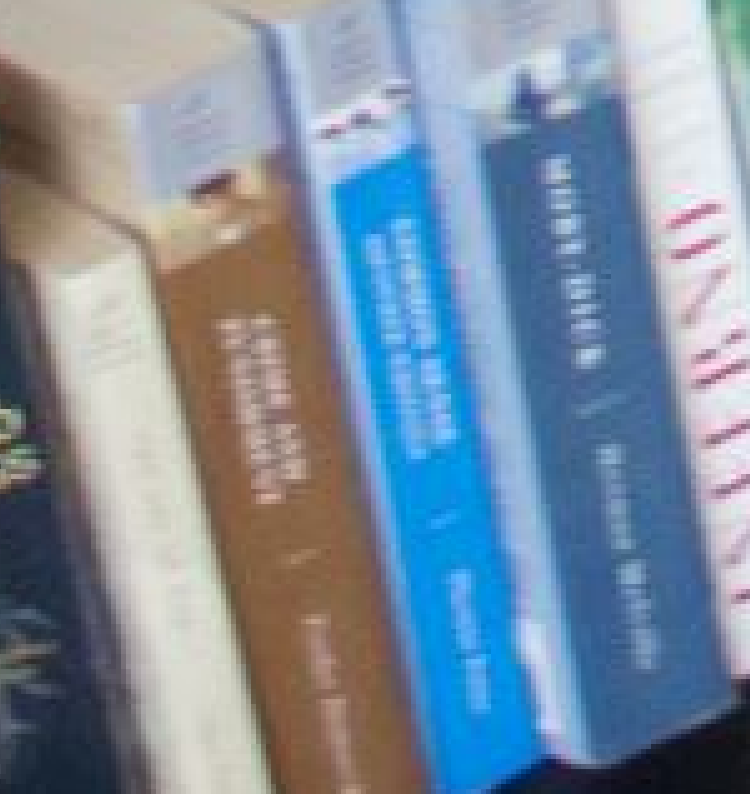 Oddly enough, it will become easier to read if we make it smaller: 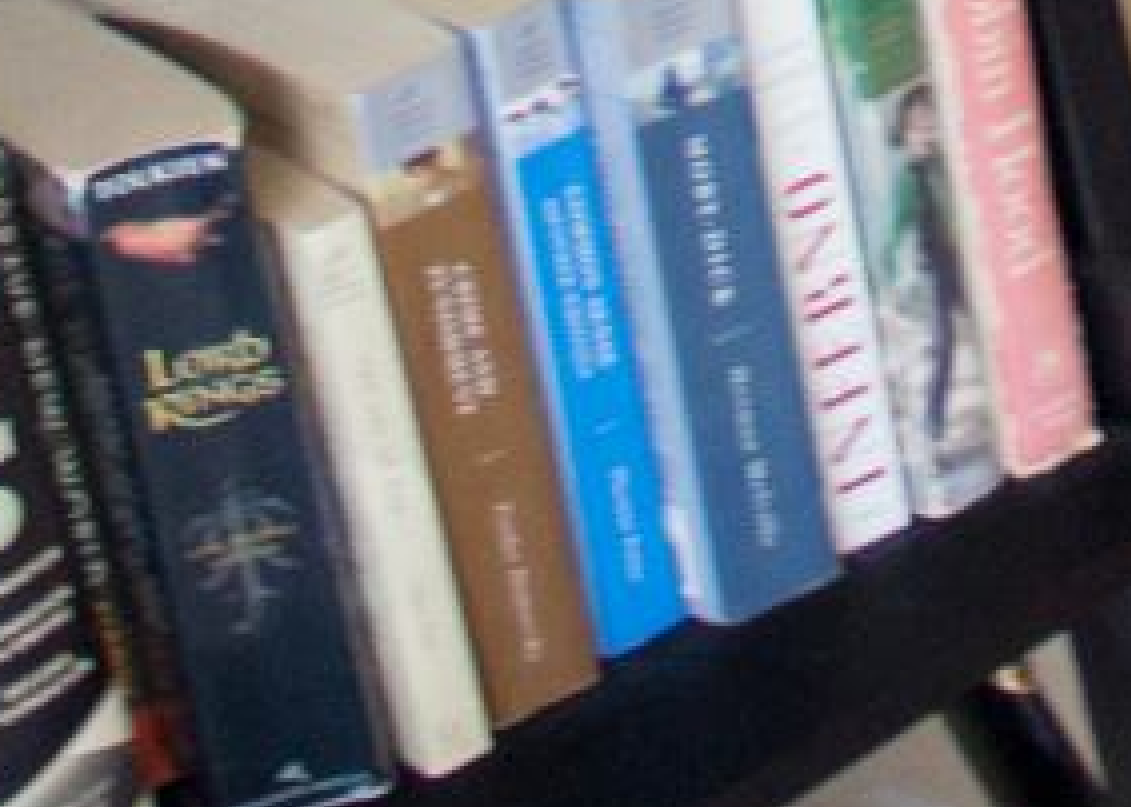 This is the same resolution image, but with a smaller size. You can get the same effect by moving away from your computer monitor.  By doing this I can read the titles of the brown and navy blue books as well as the author of the navy blue book. However I can’t read the title of the middle book.  Can any of you?

The brain is an amazing pattern recognition device. Computers today are barely capable of reading text in a regular font, yet the human brain can easily interpret text which is highly pixilated. This is because the brain evolved to work in a world which is noisy. Think about the challenges that our ancestors faced to survive. They had to be able to tell friend from foe — “friends” being other humans, small monkeys, field mice, etc. and foes being tigers, lions and poisonous snakes.  They had to be able to make this identification fast and, what’s more, they had to be able to do it in a complex, noisy environment, which may be thick with vegetation , poorly lit, or filled with heavy rain or fog.

Thus the brain is built to be extremely good at extracting salient information out of noise.

Today’s computers, on the other hand, require very specific input in order to work and don’t work well in the face of noise. It’s likely computers won’t be able to handle noise until we start basing their architecture on the way the brain is wired (a neural network architecture) rather than the traditional “Von Neumann” architecture that all computers follow. The development of such computers is already in its early phases, but their practical realization is still many decades away.

By the way, I have a theory as to why I can’t read the title of the middle book. I already am familiar with the titles of the other two books, but I don’t think I’m familiar with the title of the middle book. Being familiar with the title was critical in allowing my brain to decipher the text – otherwise it would probably not have been possible. When we read, our brains do not process each letter individually though, rather, entire words and strings of words are processed at once.  The idea that there may be a specific neuron which ‘lights up’ when the words  “Moby Dick” are encountered may sound like idle speculation, but such ideas have been around for a while and seem to explain a lot about how the brain works. There is also some direct evidence that such neurons exist (so-called “grandmother neurons“).